The MISOLA project was born in 1973 following the experience of the Frères des Hommes medical team as part of a large health program located in Fada n’Gourma, Burkina Faso. This program then includes the management of a rural hospital of 200 beds, 40 dispensaries over a territory of 70,000 square kilometers, a maternal and child protection organization for the same territory. The Association Frères des Hommes and the Ministry of Health of Burkina, bound by a convention, are the prime contractors of this program.
In 1974, a nutrition center was created where the mothers of malnourished children attended a “training course” to better manage the feeding of their infants. In the educational talks it is emphasized that traditional porridges administered in addition to breastfeeding should be enriched to meet the nutritional needs of this age group. At the same time, sessions are organized in neighbourhoods to offer the same notions.
The main factor causing infant malnutrition is the lack of adequate breastfeeding supplementation from the age of 6 months, due to the lack of adequate food for weaning and a lack of breastfeeding knowledge in mothers.
Based on their findings, a team in charge of pediatrics in Fada (Burkina Faso) decided in 1982 to study the development of a flour made from local agricultural products using traditional methods that would have the advantage of being reproducible, to be independent of imports and to be able to also be used as a “recipe type” in educational talks.
After many trials, three basic staples are selected: millet (or maize), soybeans, and groundnuts, three local crops that are commonly used, which after processing and processing yield a digestible assimilable meal that meets standards recommended by the World Health Organization (WHO). In addition to breast milk, the formula millet, soy, peanut, becomes a possible local solution to a national problem. Misola became a high protein-energy food designed to prevent and treat malnutrition, which falls under the category of “cereal-based foods for infants and young children”.
In 1993, the project spread to Mali as part of a local health project initiated by the CFSI. The Public Safety Committee of Diafarabé thus sees the creation of the first Artisanal Production Unit (UPA) in Mali.
The Misola France association was founded in 1995. The project continues to expand. In 1999, the federation of Burkina Faso (ABUM) was created as well as the Mali delegation. Subsequently, projects were launched in Chad, Senegal, Cameroon and Niger.
Throughout these years, the formula of the flour is constantly improved with the incorporation of CMV (mino-vitamin supplements) and amylase. In addition, the name MISOLA ® became a protected trademark, the recipe being free of rights.
Currently, the Misola network extends to Burkina Faso, Mali, Senegal, Niger, DRC, Benin and now Nigeria.

Misola flour is made up of 60% millet, 20% soya and 10% groundnut. Vitamins, minerals and salts are added to help reduce the levels of protein-energy malnutrition and certain micronutrient deficiencies. 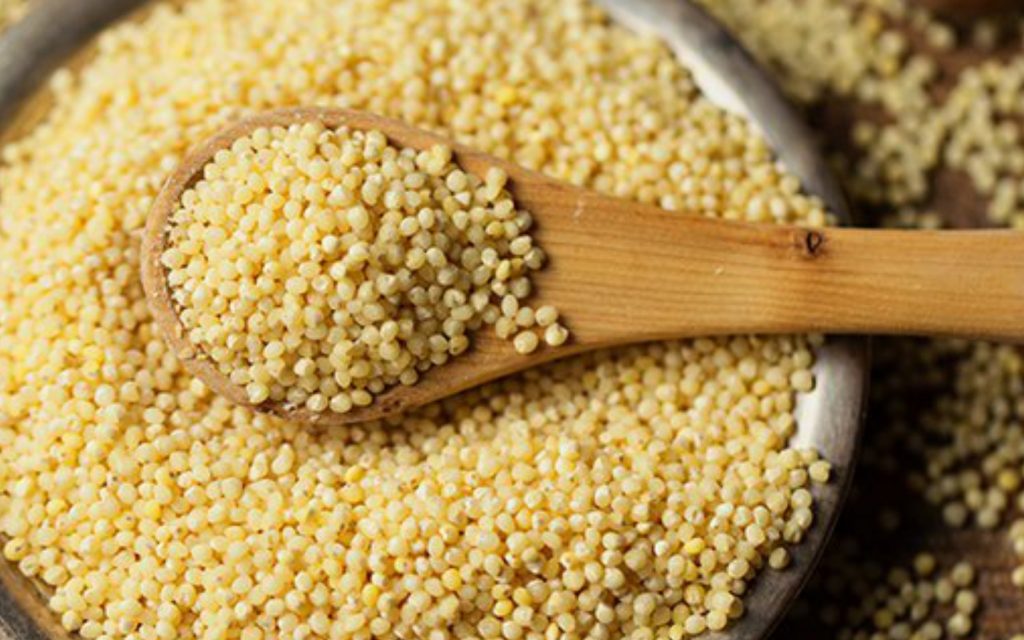 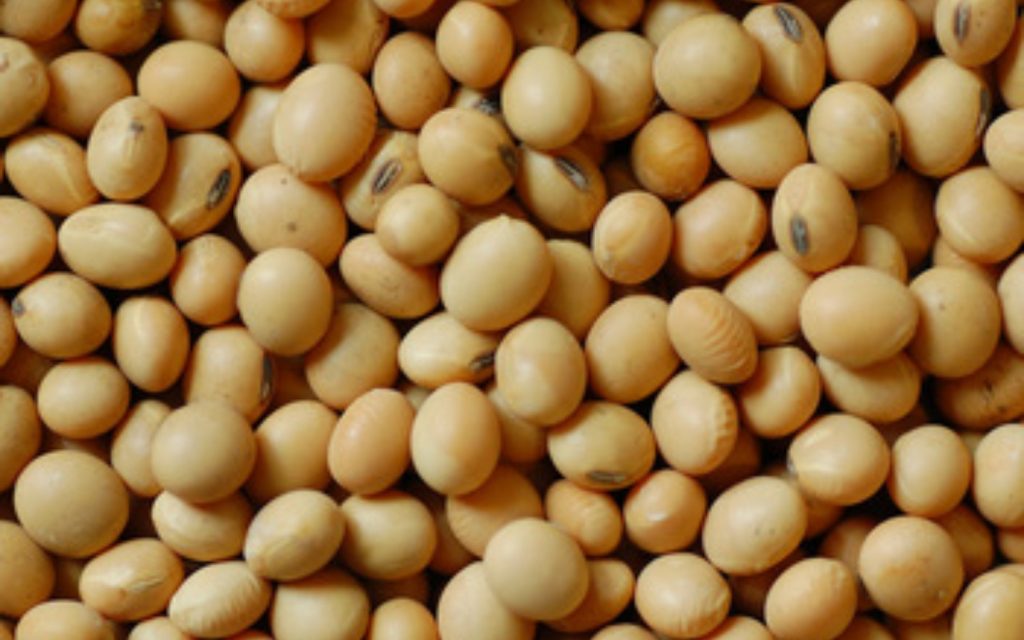 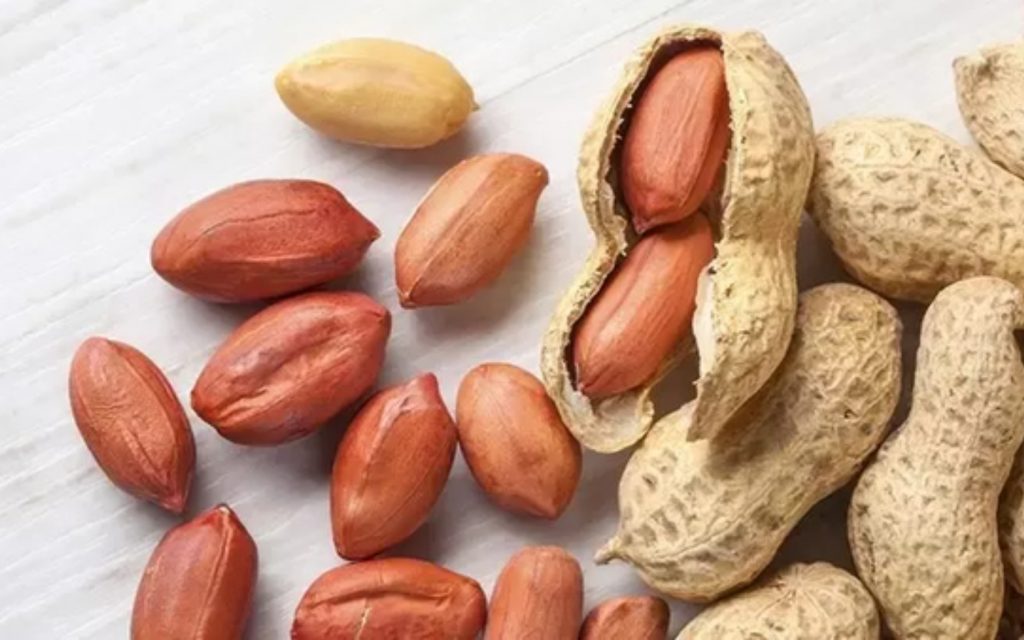 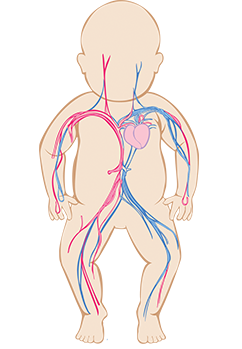 Treatment and prevention of Malnutrition, thereby leading to reduction in morbidity and mortality rates in infants/children.
Improvement of the quality of lives and nutritional status of children and pregnant/breastfeeding mothers

The preparation of the Misola is carried out by boiling the Misola flour in water and slow mixed over low fire for 2–3 minutes. Thereafter allowing it to cool before consumption. 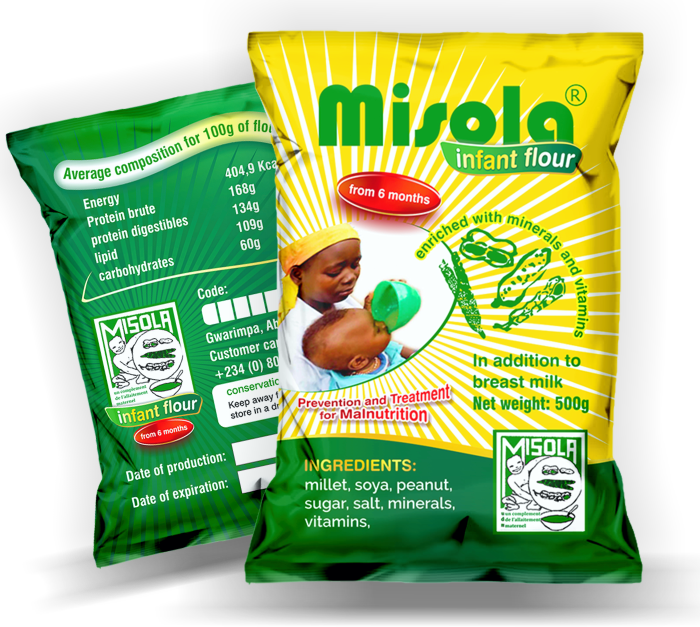 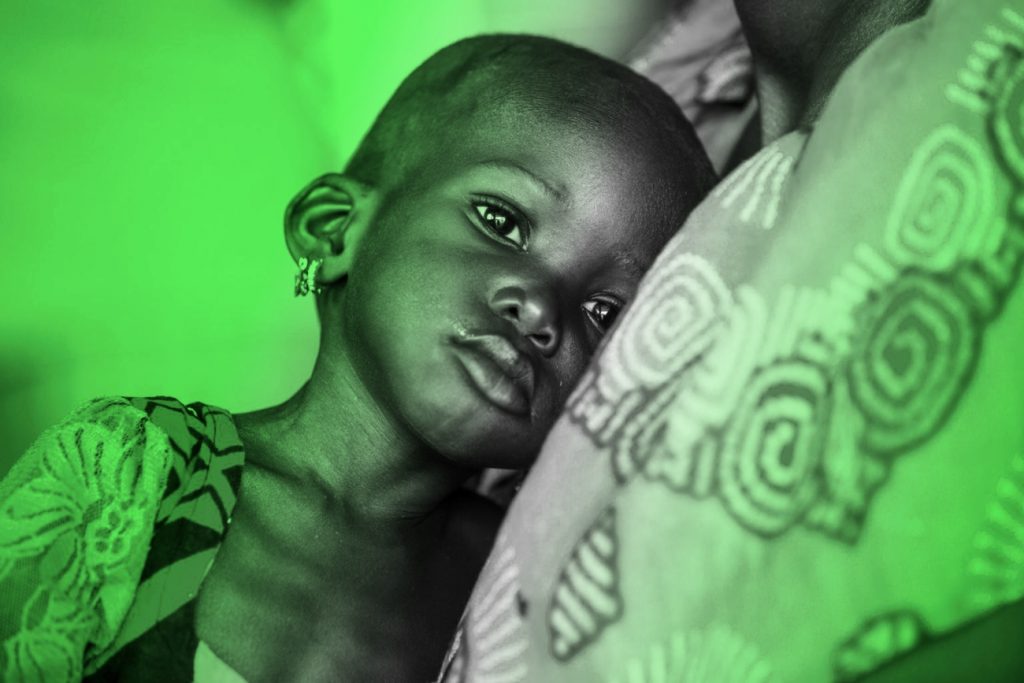